St. Robert is made up of 220 claims, totalling 11,000 hectares and is located in the Riseborough and Marlow Townships in St-Robert-Bellarmin, near Quebec City, Montreal and is approximately 8 km to the NW of the USA border. The property benefits from excellent infrastructure allowing for the potential to become a mine in the future.

The St-Robert Property is located in the Frontenac sedimentary formation, which is made up of metasedimentary rocks such as schists, grey quartzites, dark grey slates and limy metagreywackes, with some graphitic layers. The mineralization of the St-Robert Metals deposit is of the polymetallic type, with many occurrences of Ag, Au, W, Bi, Pb and Zn. These occurrences are in the form of decametric quartz veins mineralized in galena, pyrite, scheelite, cosalite, sphalerite and molybdenite.

The St-Robert-St-Theophile sector, situated on the border between Quebec and the state of Maine (USA), is a relatively under-explored region of southern Quebec. However, the local geology, the presence of gold, polymetallic mineralization and iron formations in the Siluro-Devonian volcano-sedimentary units and the Bella fault zone constitute highly favorable geological structures for mineral exploration. This geological context explains Leopard Lake's intention to extend its exploration work to the entire region between the municipality of St-Robert and Route 173 leading to the Quebec-Maine border crossing (Jackman sector).

In May, June, and August 2022, the Institut National de Recherche Scientifique ("INRS") carried out five 2 km-long audiomagnetotellurics sections (continuous profiling and stations every 50m). These sections were carried out in order to clarify the deep geology of the area of the former St-Robert mine. This geophysical data will be used, among other things, to locate fundamental structures (faults) conducive to the establishment of gold mineralization in the area. During the same period, the field team carried out three geoelectric tomographic sections (resistivity and electrical chargeability) with a length of 1000m and very high spatial resolution (electrodes every 5m) to specify the thickness of glacial sediments and forest soils above the bedrock and locate areas of electrical chargeability (disseminated sulphides) that can be sampled by mechanized excavation from the surface.

In July 2022, the INRS team had the opportunity to map and sample new quarries (quarries 1, 2 and 3) used by Domtar as sources of aggregates for the repair of forest roads in the region (east sector of the Rivière du Loup). Geological mapping work has shown the presence of several generations and types of quartz-chlorite-iron carbonate and sulphide veins intersecting folded sedimentary rocks in the vicinity of major faults with graphitic surfaces. In addition, this work has shown the presence of blackish sandstone and mudslate units containing semi-massive or disseminated pyrite mineralization with stratigraphic control and extending over long distances in quarries # 1 and # 3 (more than 100m). These sulfide mineralized zones were the subject of a collection of around a hundred samples which were characterized in the INRS laboratories. These samples were sent in the third week of October 2022 to the Actlabs laboratory (Ancaster, Ontario) for analysis of gold and trace elements indicative of gold mineralization by the instrumental neutronics activation analysis method (INAA).

The history of the property dates back more than one hundred years, with gold discovered in the area around 1879. From 1879 to 1885, the Lacombe shaft (an adit) was developed and used to extract ore. Lachance Mines was the first company to report significant field work, including stripping and diamond drilling, up to 1952.

In 1953, the property appeared under the name of St-Robert Metals Corp., which undertook more drilling and underground work, driving the Lee shaft (an adit). In 1958, St-Robert Metals erected a 108 ton-per-day mill. During that same year, it milled 1,000 tons of ore and shipped 5.4 tons of concentrate in Germany, which yielded a metal content of 60% Pb, 350-400 oz/t Ag, 0.1 to 0.5 oz Au/t and 4-5% Bi. St-Robert Metals appears to have held the property until 1969, when work was reported by Nouvelle Mining. In 1977, the property was held by J.A.G. Mines, which still owns the deposit today.

Although the history of the deposit dates back to the 19th century, the first holes recorded were drilled in 1951-52. Over the years, 104 holes have been drilled and reported, including 39 holes drilled by Risborough Mining on the west part of the property, outside of the St-Robert Metals deposit. Many high-grade values for Ag, Pb, W, Bi and Cd were obtained over short widths, generally less than 30 cm, in quartz veins, associated with sulphides, mainly galena and pyrite. It should be noted that for many of the old holes, the description mentions that samples were taken, but no results are given. Several high-grade intersections were obtained, but over short widths, as reported for hole R2, drilled by St-Robert Metals in 1952, which returned 11.8 oz/t Au, 6.58 oz/t Ag and 1.94% WO3 over 0.27 m in quartz vein encased in sedimentary rocks.

From a geological perspective, the property lies in the Frontenac sedimentary formation, called the “Compton” formation in the 1950s, which on the property is made up of metasedimentary rocks such as schists, grey quartzites, dark grey slates and limy metagreywackes, with some graphitic layers. The mineralization of the St-Robert Metals deposit is of the polymetallic type, with many occurrences of Ag, Au, W, Bi, Pb and Zn. These occurrences are in the form of decametric quartz veins mineralized in galena, pyrite, scheelite, cosalite, sphalerite and molybdenite. Three mineralized zones, North, Center and South have been defined to date, of which only the Center zone appears to contain gold.

The St-Robert Property was acquired for its gold and high technology (tungsten, bismuth) minerals potential. It contains two adits used for exploration and mining in the fifties.

Donald Théberge P.Eng, a qualified person as defined by National Instrument 43-101 – Standards of Disclosure for Mineral Projects, has reviewed the scientific and technical information that forms the basis for this project overview and has approved the disclosure herein. Mr. Théberge is independent of the Company. 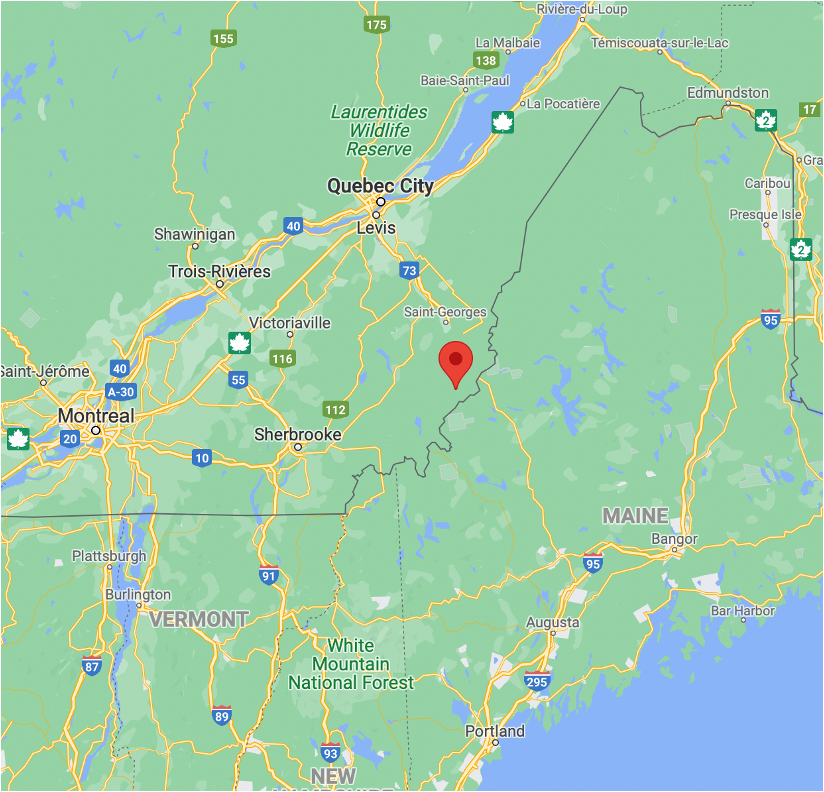